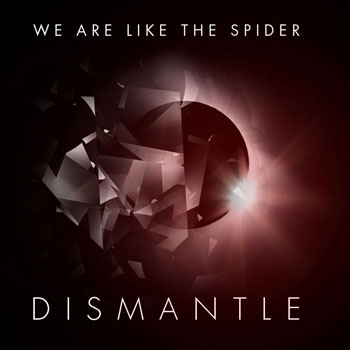 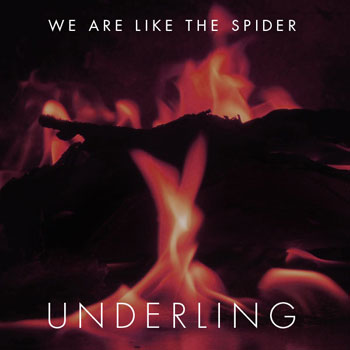 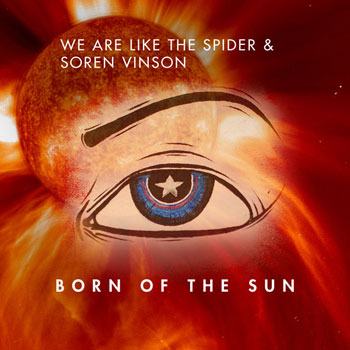 WE ARE LIKE THE SPIDER & SOREN VINSON
BORN OF THE SUN

Immediately it's programmed beats, a deliciously distorted guitar and chilled hypnotic vox that on first (and lasting) impression strikes a kind of Siouxsie/Lene Lovich/EMA chord on my inner ear. Sound-wise overall WALTS are delivering a disturbed post-punk throb, insistent hypnotic textures like a glowing static blanket simultaneously laying over us and unraveling. Fourth song of the set is a new one and it's a stomper. A hit, I tell ya, a hit, bass-propelled, rousing, and jumpy.

Slightly off-kilter and a wee bit deranged, electronic infused art-indie is the order of the day. Listening to tracks like Lightning Garden will probably give you an idea of the sort of sounds Goldfrapp must have in her dreams whilst she slumbers.

The album [Lightning Garden] is full of indie-electronic dance songs some pop-esque, others quite deranged and dark. Their music hits me in the same way Toronto's Crystal Castles does.

On "[I Wanna Be Your] Dog" they draw as much from the Sonic Youth version as they do from the original, and end with a See n' Say-style cacophony of animal sounds. The Ace of Base [cover] tune is the real gem. The band takes a song that stalked many a grunge aficionado in 1993 and not only makes it listenable, but actually makes it enjoyable. Well done.

BORN OF THE SUN

UNICORN DOMINATION - BABBLESTACKS (WE ARE LIKE THE SPIDER REMIX)